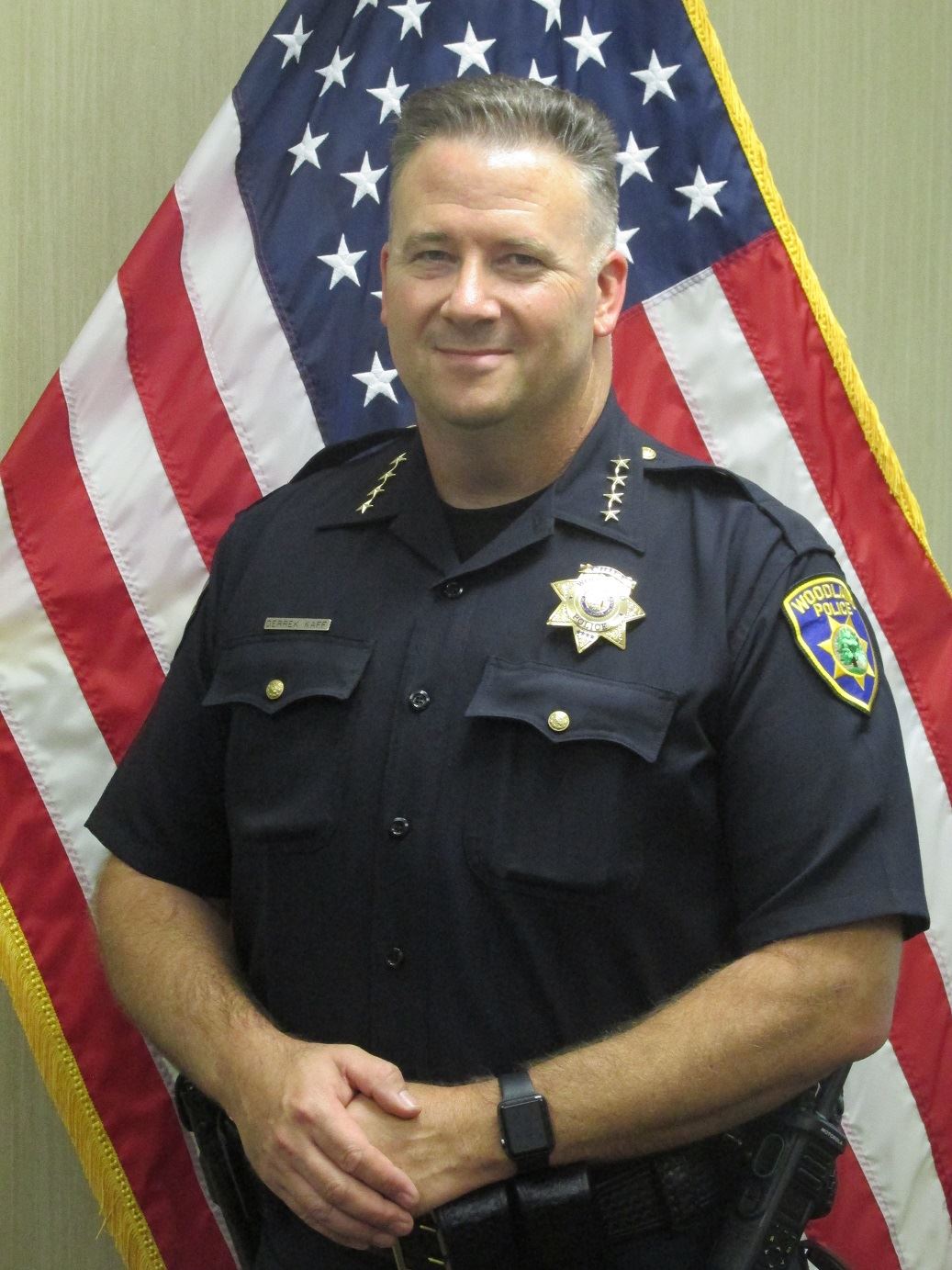 Chief Derrek Kaff was appointed as the Woodland Interim Police Chief in July 2019, succeeding Chief Luis Soler, who served as the Police Chief from 2017 to 2019.  With a complement of over 80 employees, Chief Kaff oversees a department that prides itself on working with the community to meet the challenges of present day law enforcement.

Chief Kaff has been with the Woodland Police Department since 2000. He was first as a patrol officer and then appointed to the position of Corporal in August of 2002. Chief Kaff promoted to the rank of Sergeant in August of 2003, assigned to the Patrol Division. Throughout his tenure, he has served as the Professional Standards Division Sergeant, Assistant Team Leader of the Special Weapons and Tactics Team (S.W.A.T.), and Bike Patrol Sergeant. In 2009, Chief Kaff promoted to the position of Lieutenant where he also served as the S.W.A.T. Team's Tactical Commander.  In 2016, he was promoted to the rank of Captain followed by an appointment to Deputy Chief of Police in 2018.Prior to coming to Woodland, Chief Kaff worked for the Los Angeles Police Department in their Patrol, Narcotics, and Traffic Divisions.

During his assignment as the Deputy Chief of Police, Chief Kaff guided the transformation of the Woodland Police Department into the current community policing driven culture.  He led teams that implemented innovative community policing programs. Chief Kaff assisted in implementing a tailored version of Intelligence Led Policing (ILP) that fit the needs of the Woodland community and maximized the efficiency and effectiveness of the department.