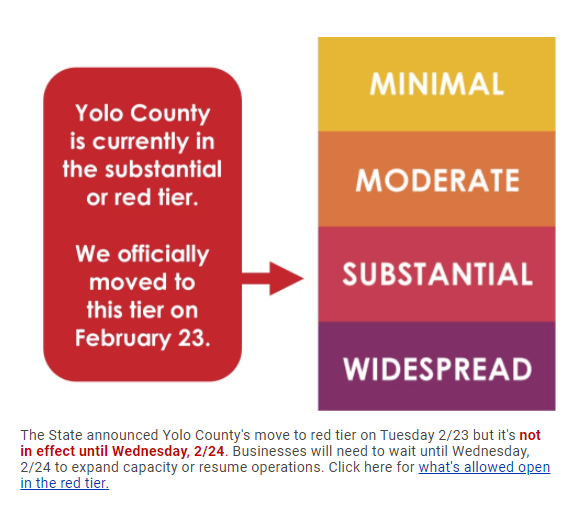 and Roadmap to Recovery webpage

February 23, the State of California announced that Yolo County would move into the Substantial, or red, tier in the State’s Blueprint for a Safer Economy (Blueprint) after meeting the red tier’s metrics for two consecutive weeks. As a result, many local businesses and activities will either be allowed to expand capacity or resume operations. Effective Wednesday, February 24, the following restrictions will apply while Yolo County is in the red tier:

The max occupancy percentage is based on the California Building and Fire Code that is displayed in every business and determines the maximum number of people, including staff and the public, permitted in a room at a time and able to escape safely in case of a fire.

The following industries were allowed to open indoors in the purple tier and may continue to stay open in the red tier: critical infrastructure, limited services, hair salons, barbershops and personal care services.

The following industries are only allowed to open outdoors with modifications, not indoors, while in the red tier: family entertainment centers, wineries, cardrooms, satellite wagering and professional sports with no live audiences.

The following industries must continue to stay closed in the red tier: bars and breweries where no meal is provided, live audience sports and amusement parks.

Click here to visit the State's Blueprint for a Safer Economy webpage.

Please help mitigate the spread of COVID-19 by following these health practices:

•    Maintain at least six feet of physical distance from those not in your household.

•    Stay home if you have symptoms of illness or are high-risk.

•    Wash your hands with soap and water or use hand sanitizer regularly. 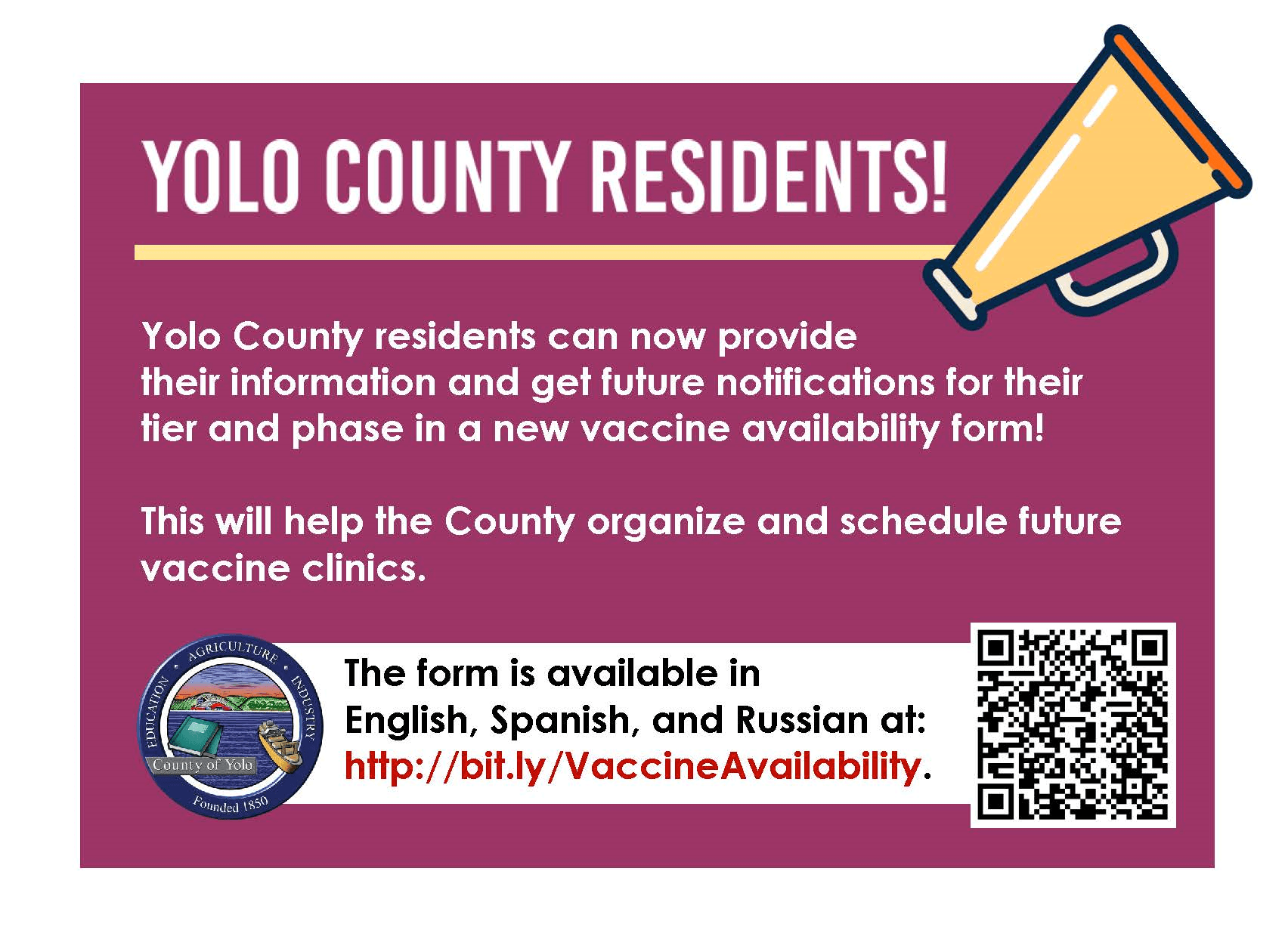 Woodland Residents - Click here to provide your information and be notified when it's your phase or tier to get vaccinated.

Yolo County has created a new webpage dedicated to the COVID-19 vaccine. This page has information about Operation Warp Speed, vaccine planning, and the approval process. This page will continue to expand as moreinformation is made available. 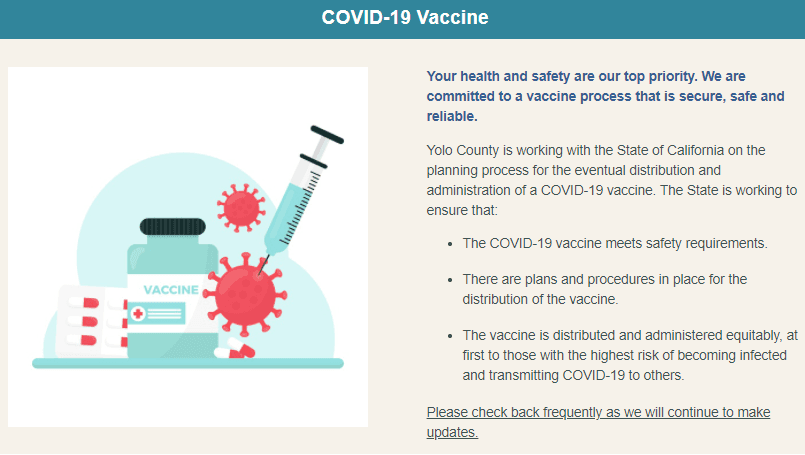 Click here to register with Yolo County to be notified when it's your phase or tier to get vaccinated.

Healthcare workers in Phase 1A Tiers 2 or 3, click here to sign up to get notified of future COVID-19 vaccine clinics. 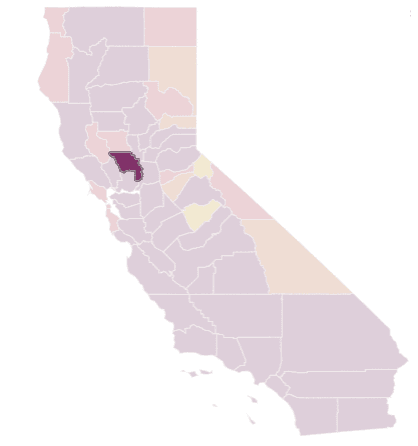 Click here to visit Yolo County’s COVID-19 testing page where you can find where to get tested in Yolo County.

The GREEN CHECK PROGRAM is a new, voluntary program from Yolo County that businesses can apply for to show that they are in compliance with state and local guidance regarding COVID-19 and that public health and safety is a priority.

Businesses that have been certified as compliant will receive a certificate from the County featuring a green check mark and the text “Certificate of Compliance.” This signage means that the County has identified the business as following the guidelines and requirements set forth by the State of California and Yolo County. Green Check businesses will also be featured on the County’s website: https://www.yolocounty.org/green-check.

For more information about the Green Check Program’s application and which businesses have received a certificate, visit: https://www.yolocounty.org/green-check. 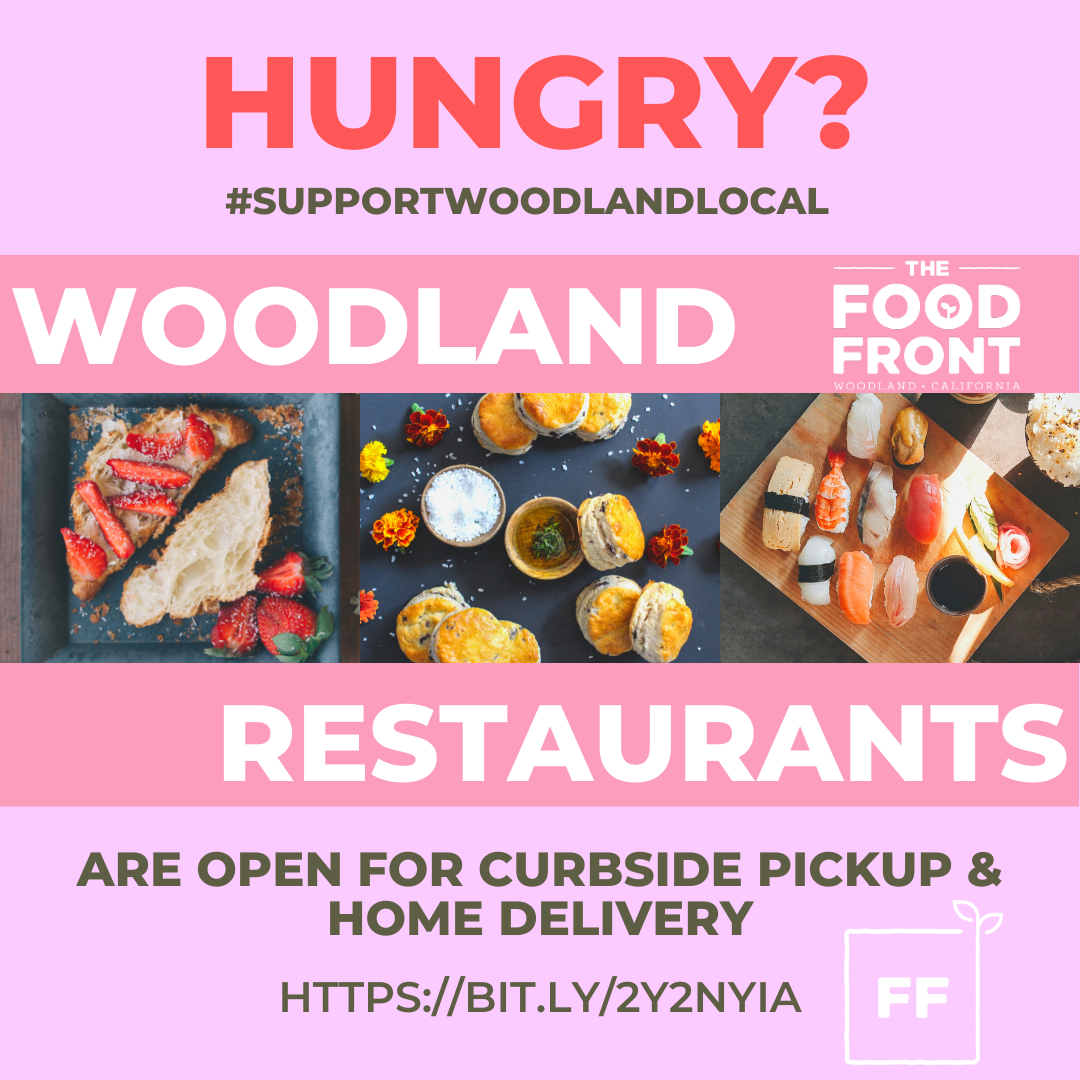 All businesses and industries must:
1. Follow the social distancing protocol (completed and posted at entry or prominent location)
2. Adhere to any hyperlinks below or specific State guidance and checklist (scroll down the State page to select your industry). 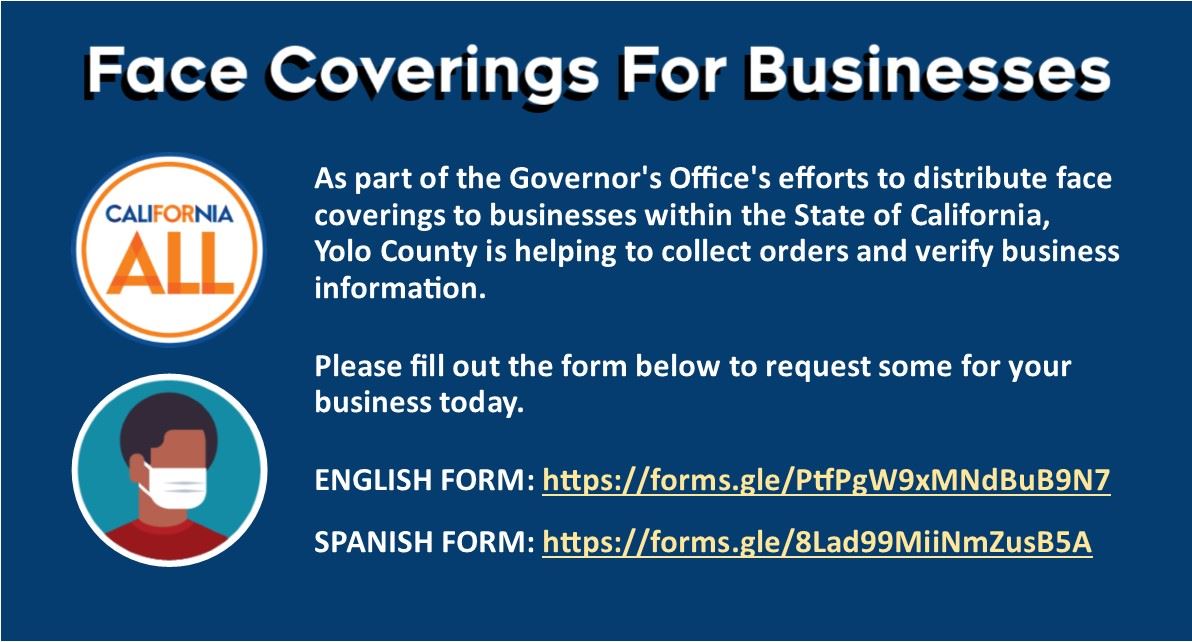 A supporting tactic in the County’s ‘Roadmap to Recovery’ is a new heath order requiring members of the public and workers to wear a face covering. The purpose of this order is to provide additional public health protection in settings that present a risk of COVID-19 transmission. Face coverings must be worn in public settings, such as:

Yolo County has established an interactive dashboard for information regarding the COVID-19 disease in Yolo County. Information is updated daily. 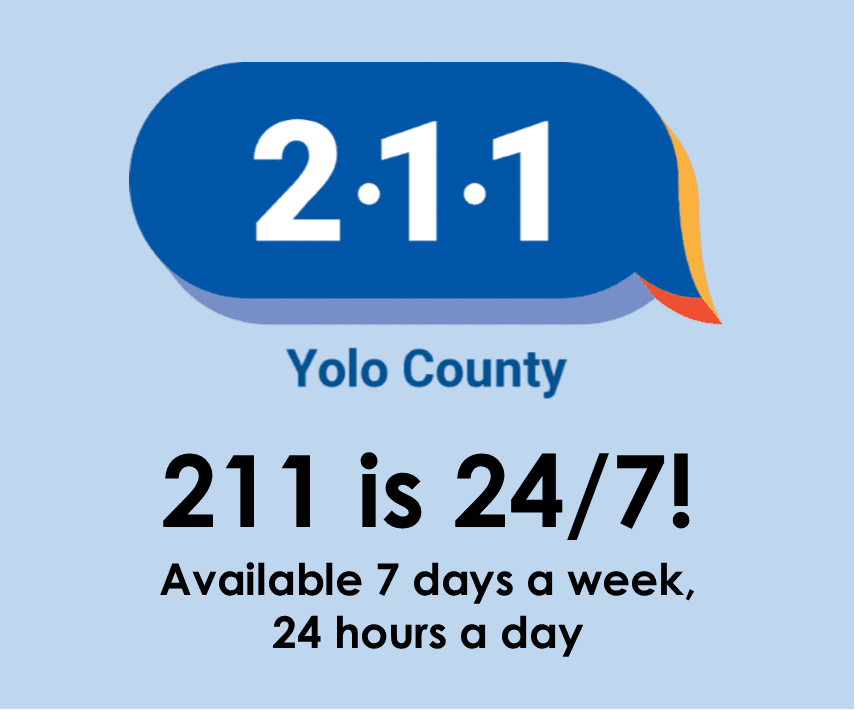 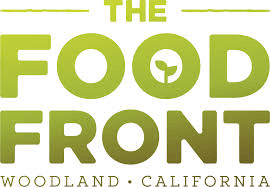 Ordinances and Resolutions Related to COVID-19

Proclamation of the City Manager of Woodland in His Capacity as Director of Emergency Services Extending the City's Residential Eviction Moratorium Dated August 3, 2020

Emphasis on FACTS not fear. Go to trusted and verified websites:

Resources for Businesses and Employees

The City of Woodland is taking steps to provide critical information and resources to lessen the impact on local businesses. Please click here to visit the City’s Economic Development COVID-19 Response webpage.

Essential vs Nonessential? Click here to read the guidelines for the County’s shelter-in-place order.