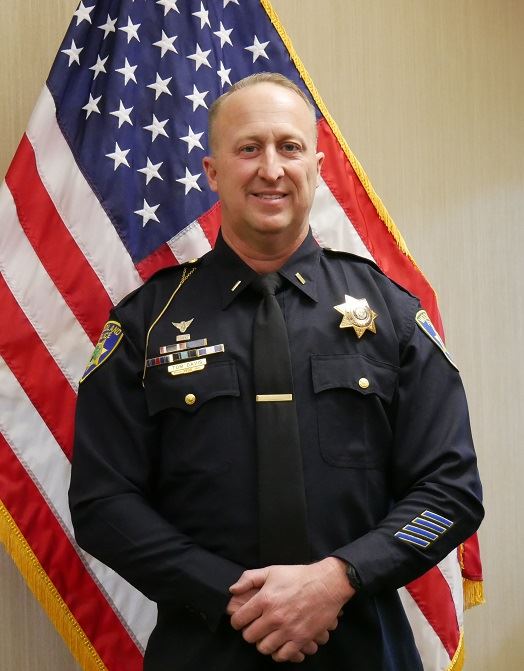 Lieutenant Tom Davis, Community Relations Bureau Commander, was sworn in as an officer with the Woodland Police Department in June of 1998. Lieutenant Tom Davis is originally from Detroit, Michigan. After high school, Lt. Davis enlisted in the United States Marine Corp.  He served in the infantry and attained the rank of Sergeant. Lt. Davis was honorably discharged in 1994.

Lt. Davis has an Associate of Arts Degree from the Community College of Southern Nevada in North Las Vegas, and a Bachelor of Science Degree in Criminal Justice Management from Union Institute and Technology. Lt. Davis attended and graduated the Napa Valley College Police Academy in 1998.